“It was clear from when he first joined, he couldn’t wait to get to know the other members. He’s really had a positive effect on the entire group.”

Portuguese chatterbox Andre worked hard to overcome a language barrier, before feeling isolated after leaving college. The social side of sport has been his way back into society. 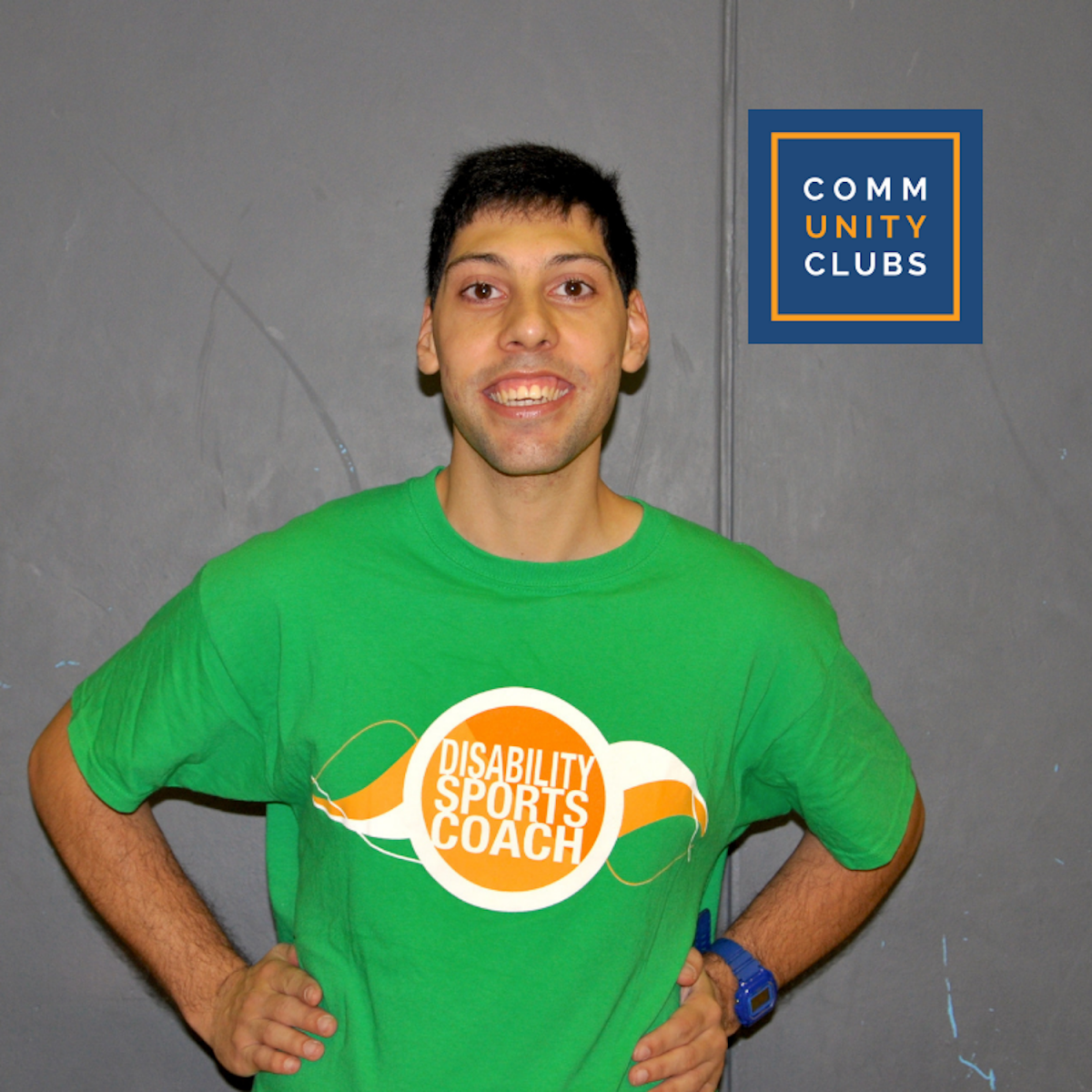 Andre is a Portuguese chatterbox with microcephaly and hyperactivity. Microcephaly is a neurodevelopmental disorder that effects the way the brain or nervous system grows and resulting symptoms often include a learning disability, hyperactivity and delayed motor and speech functions.

One thing is for sure, it hasn’t affected Andre’s speech functions and according to Club Lambeth coach, Lauren “the club would be very quiet without him!”

However, having immigrated from Portugal aged 11 in 2005 with his family, learning English was initially a big barrier to connecting socially with peers but the move was much needed.

Andre’s mum, Maria Paula commented: “Andre’s disability means he is very hyperactive and needs to and loves to run. For 11 years Andre attended an integrated school in Portugal and he was the only disabled person who attended. They really didn’t understand his needs. SEN schools were non-existent and there were no trained people to provide for his needs. Andre simply didn’t attend any activities. We had to move.”

After a year of frustration for Andre’s parents in the UK, Andre finally joined the excellent Special Education Needs school, Michael Tippett in Lambeth and quickly made up for lost time. The specialist provision meant Andre’s medication was dramatically reduced and became much more independent. He formed routines, helped with housework at home, showered on his own, started practicing writing and learned how to ride a bike. His improved confidence meant he then joined a community activity group called Charlie Chaplin Adventure Playground and first started socialising with other children outside of school.

At the age of 19 Andre had to leave Michael Tippett School but fortunately he secured a place at Lambeth College to start an Independent Living Skills course. Maria Paula described this as a positive lifestyle change after initial anxiousness, “Andre was a bit overwhelmed by the changes but he came around and start enjoying the college. It wasn’t until he left college at 23 that he was more isolated again.”

Transitioning from college to adult life can be difficult for people with a learning disability, and can mean living very isolated lives, often only socialising with family.

Despite having a very good friend that Andre often likes to go bowling with, he struggled to keep other purposeful companions and for at least 6 months after leaving college, he did very little and his Mum hoped he wouldn’t slump back after such positive improvements through his English schooling life.

In September 2017, Andre joined Community Club Lambeth and quickly earned his title as the most social member.

Speaking of Andre’s love for socialising, his mum also added that Club Lambeth was a great way to channel his competitiveness! “Andre really enjoys attending Club Lambeth on Tuesdays because he gets to interact with other members, coaches and volunteers, gets to exercise and of course, he is so competitive and always likes to win!”

Club Development Manager and Club Lambeth Coach, Lauren spoke highly of his ability to interact with peers, “Andre has always been so sociable. It was really clear from when he first joined, he couldn’t wait to get to know the other members, perhaps he had missed that from leaving school and college? He’s really had a positive effect on other members and made the entire group much more conversational. Other members struggled with chatting but Andre perseveres and really wants to get to know them.”

With his new-found confidence, Andre has since joined Share Community, another excellent service for disabled people in the community, and gets to enjoy even more sport with our weekly coach Omar.

We’re all very pleased to hear Andre is happy again and “every day he wakes up with a huge smile on his face”. We wish him the very best future as an independent adult and hope that he can one day fulfil his biggest dream, to become a Policeman... we’re very sure Andre could keep his partner ‘on the beat’ full of conversation!

Join Andre for our Christmas Club on 30 December, bringing disabled people together this Christmas to reduce isolation through the power of sport.

Our Christmas Club will include a range sports activities and a social lunch at The Castle Centre, 2 St Gabriel Walk, Elephant & Castle, London, SE1 6FG.

Friends, parents and carers are welcome.