"For me, it's about making up for lost time. I don't mind who with, when or how - I just want to play football and provide opportunities that I never got." Theo didn't play football until he was 19 and now he's motivated to make a difference. 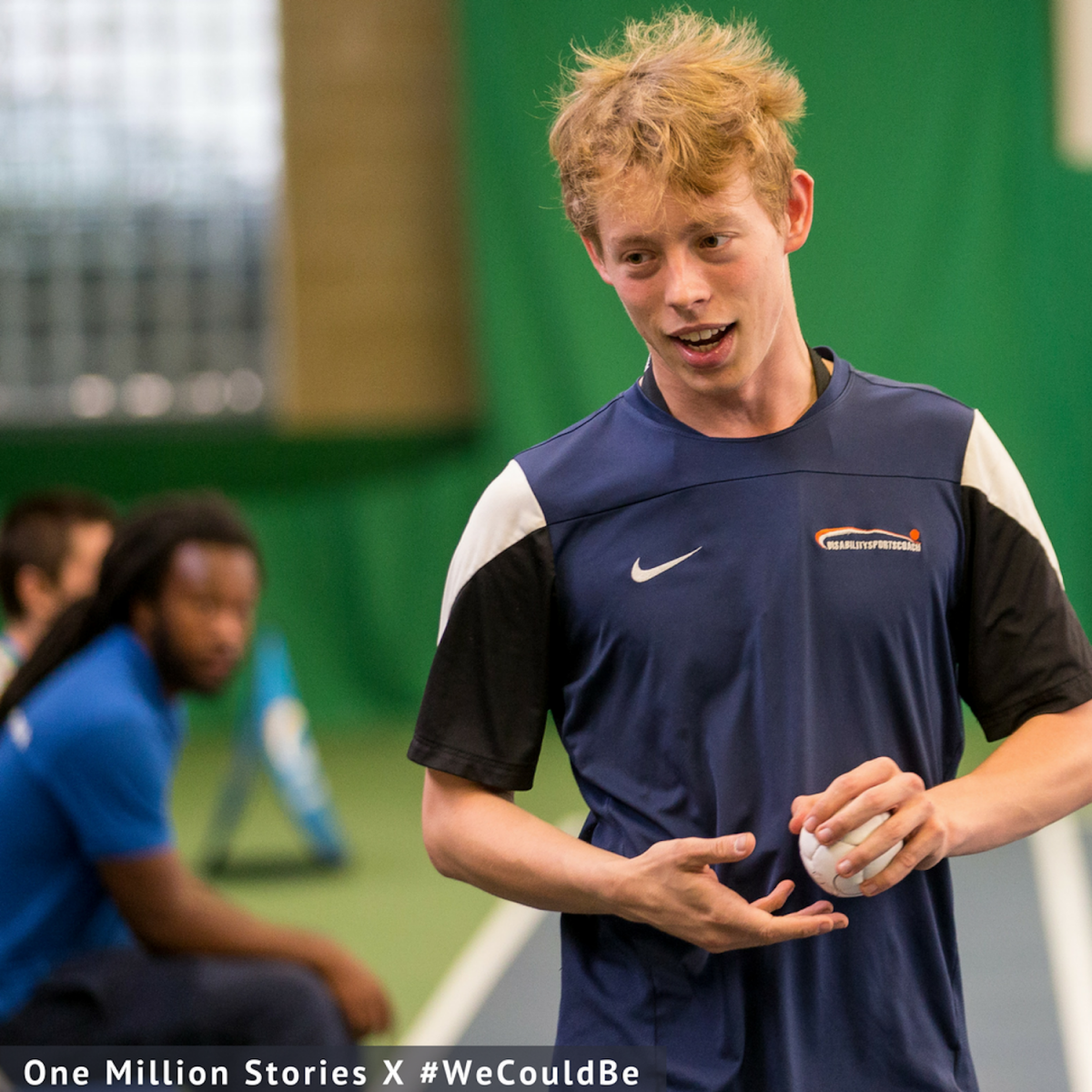 Theo (26) has recently been appointed a DSC Community Coach and is delivering 30 hours of sport and physical activity a week. Being active is clearly an important part of his lifestyle but it has taken an enormous amount of motivation and desire to overcome barriers in the process.

Theo has cerebral palsy and epilepsy, lifelong conditions that affects his movement and coordination. Even though he has loved football since he was a child, Theo was excluded from every P.E lesson at school and turned away from every football club session.

"I was laughed at during lunch breaks for trying to join in the football matches. My P.E lessons weren't PE lessons. I had to sit in the learning development unit and was asked to play Championship Manager [a football computer game] when the others were playing football. It was fun, I was with a friend, but I didn't know any better. I wonder now what could have been if I was out there? Could I be playing for the national CP team now with the likes of Jack Rutter?"

Determined to over past experiences, Theo eventually found Arsenal in the Community's inclusive turn up and play session at the age of 19 and wanted to make up for lost time. "I was there every week. I met new people who had similar passions and that led to more involvement. I started volunteering every Saturday with CP Sport team's in Hertford & Barnet too. This was how I realised I can make sure that kids like me get opportunities, I never got."

"Getting my coaching badges was very challenging. I was the only person in the room with a disability when I got my FA Level 1 & 2 qualifications." After completing the relevant qualifications and a degree with Tottenham Hotspur Foundation, he joined us as a support coach delivering a few hours a week. He is now an integral part of our workforce, coaching 4 Community Club sessions, 4 school lessons and 3 community group sessions every week, whilst mentoring support coaches and volunteers along the way!

Coaching has become Theo's passion but he still enjoys playing football too. The combination of technology and living in London has given Theo the opportunity to play wherever, whenever with who ever! "I use an app called Footy Addicts that helps individuals meet each other to get a game of football going in an hour or so. 5-a-side can be difficult to arrange when all your mates live the 'London lifestyle' but this app has made it so much easier. I won't be the next Robbie Fowler, but at least I've got a chance to take my stress out on a football now!"

Theo may not be the next Liverpool star, but this passion he brings to his coaching might mean a player he coaches does!

We've teamed up with London Sport and their One Million Stories project to share five inspiring stories of physical activity and sport as part of our #WeCouldBe campaign.